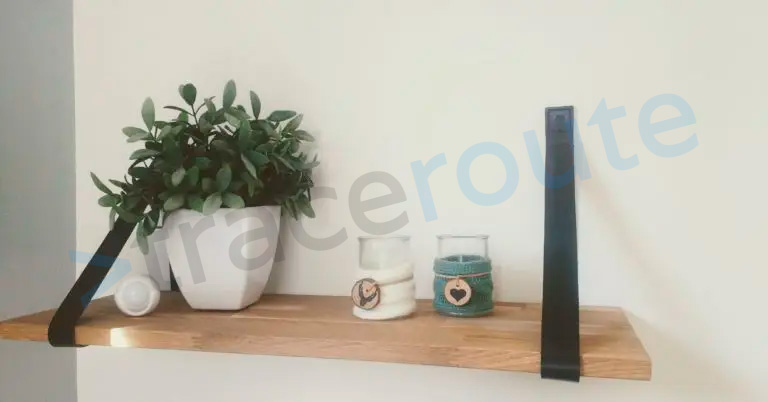 Using Z Wave Motion Sensors in and around your house

By Ernest HaberliJanuary 17, 2023No Comments

If you start creating your Smart Home one thing you probably want to add are Smart Motion Sensors. If you already have a controller then adding motion sensors is a really easy way to create a security system. But you can do so much more with them besides triggering an alarm when they detect motion. And the great thing with those z wave motion sensors is that don’t need a wire, so you can place them anywhere you want.

Before we go the all the fun and useful things we can do with a motion sensor lets first take a look at the different sensors there are and compare them to find the best z-wave sensor for our house. So there are a few criteria’s where we can compare them on:

Now I am not going to compare every sensor on the market, but I will give you some direction you can use to pick your z wave motion sensor.

One of the most important criteria in my opinion. All the motion sensors detect motion, some may be faster than others, but that is only a matter of milliseconds. If we look at the more expensive motion sensors like the Fibaro and the Aeon Labs you will notice they can detect more then only motion. And if we place a sensor somewhere in the house, why use that device to its full potential.

The Fibaro sensors can also detect Temperature, Lux (amount of light) for example. While the Aeon Labs sensor can even also detect humidity and the amount of UV. Now I rather place one device that can detect everything then I need to place two sensors to do the same job.

Another important feature is Tamper detection. The most motion sensors have it, but the cheaper sensors like the Neo Coolcam sensors don’t. So if you are using these for a security purpose than they can easily be taken off the wall without triggering an alarm.

Another important aspect of the motion sensor is the dimension and the looks. In general they are not really big, but personally, I like the Fibaro and Neo Coolcam sensors. They are a small sphere mounted in a bracket so you can rotate them in any direction. They look really small, only 1.8 inches in diameter, and look pretty nice. But there are also some more traditional styled sensors like the Ecolink. They come with a wall plate to mount them and are a little bit bigger.

Most of my in-house motion sensor is just place on shelves and most people them come over don’t even notice them. A device that hangs on the wall near the ceiling attract much more attention than a little white sphere between other household decoration. And another advantage, you are not left with holes in your wall our ceiling when you want to replace them.

The problem with those fixed wall plates is that you have to plan for the placement of the sensor really good. You can’t adjust the angle later on, so take your time figuring out the best placement before you put them on the wall.

Budget is always a big decision maker but make sure you compare the sensors before you decide on the price. If we take the Fibaro and Neo Coolcam sensor, for example, the price difference is $ 20, but the Fibaro has more features, like the temperature sensor, tamper protection and I have to say, also the lux sensor of the Fibaro is better then the Neo Coolcam sensor. So yes it’s more expensive but you also get a better more versatile sensor. You can check the current prices here on Amazon your self.

And for an additional $ 10,- you can buy the Aeon labs humidity and UV sensor and can be equipt with a power supply. So it really depends on your budget and the purpose of the sensor. Measuring temperature can be really useful for a more accurate control of your thermostat and humidity for making sure you have a good air climate in-house.

If you just want a motion sensor to trigger an alarm or to turn on the lights, then the cheaper Neo Coolcam is a really good choice. But if you want to combine more functionality then take a look at the Fibaro or the Aeon labs. If you are going for the Neo Coolcam motion sensors, make sure you check Aliexpress, most of the time you can get them there for less than on Amazon.

Things you can do with a Smart Motion Sensor

If we are thinking about motion sensors we immediately think about security systems. They detect motion and trigger an alarm. But motion sensors can be used for so much more than security systems and they can be really small so you can putty them in every little corner that you want. Also, modern Smart Motion sensors can not only detect motion but also light (the amount of lux) and temperature changes. So they can be used for a verity of use cases.

Last year I bought a couple of motion sensors to create an alarm system. Nothing special here, just turning on the alarm and alert me when there is motion. But I started using the sensors also for some other uses cases which made my home a lot smarter. So let me share some of the cool things you can do with a motion sensor.

Let’s start with an easy one, the lights. In my house, the lights are turned on based on the sun phases and for 90% of the time that works perfectly. But on rainy days you might one to turn the lights on earlier and that is where the motion sensor with a Lux sensor comes in. It can switch on the lights based on the amount of natural light. This way I can overrule my normal light behaviour and have the light automatically turned on when it gets too dark.

But an easier approach is turning the lights on based on motion. I have small kids and people with kids know that when they are small you will have to get out of your bed a lot of times. Now I don’t mind walking through a dark house, but with a motion sensor, you can have the lights turned on for you as soon as you step out of your bedroom.

So when it in the middle of the night and my motion sensors detect motion, it will turn on some of the lights, dimmed, for 15 minutes. Time enough for me to make a bottle in the kitchen and getting back to bed without tripping over toys or bumping into the furniture.

If you have a garage then this is also a cool thing you can do with a motion sensor. Place the sensor inside your garage, so it detects any motion when you walk in the garage. Now you are going to need a smart garage door opener for this, the MyQ from Chamber lane is one of the best available on Amazon, to connect everything. So what you now can do, if the sensor detects motion on workdays between let’s say 07.00 and 07.30 am, then turn the light in the garage on and open the garage door.

Now closing the door is a little trickier, you could use geofencing for this so it automatically closes when you are away from home or just be simply using your smartphone. And don’t forget to turn the lights off 😉

Waking up with a Motion Sensor

How about waking up with a motion sensor. If you wake up it can detect your motion, so we can wake up the whole smart house with it. Open the curtains in your bedroom, turn the light on in the bathroom, maybe even make you some coffee. The possibilities are pretty much endless.  Just think of all the thing you do when get out of bed and how much you can automate when your house knows that you are awake.

You can also use a motion sensor in your child room. It can not only send a notification when the little one gets awake but also turn the lights off when it sleeps and turn it on when it gets awake in the middle of the night. This way you are not wasting any energy anymore and still give your kids a safe feeling of a little night light.

There is not a real outdoor motion sensor at the moment. All the motion sensor are not weatherproof so you can’t place them on the side of your house exposed to the rain. But most sensor can be place placed under the porch or under the awnings to protect them from the elements. The Aelon lab sensors seem to work the best for outdoor usage.

Now if you want to use the sensor outdoors to detect motion for security purpose I recommend going for an Ip camera solution with an IR light. They are more reliable for that purpose. But that doesn’t mean motion sensors are useless outside. You can use them really good to turn on the lights when it gets dark, measuring the outside temperature and of course to detect motion to a certain point.

So with the sensor placed outside, we can turn on the lights when some walks by or maybe more useful, send a notifation when someone walks up the driveway. Just make sure you protect the sensor against the elements.

I hope you got some ideas for what you can do with z wave motion sensors. As you can see there are many ways to use does little sensors to make our life a lot easier and our house smarter.